Spend your summer at the best university in the Czech Republic.

Spend your summer soaking up the culture, history, architecture, and cuisine of Prague. You’ll live in campus dorms near the Prague Castle, with close access to Prague’s top sites, including Old Town. Choose from courses in the arts, social sciences, and humanities, most with a local focus intended to provide fascinating insights into your new home. You’ll study at Charles University, Czech Republic’s largest and highest regarded university, which also happens to be one of the oldest universities in the world.

Sign up to learn more about programs in Czech Republic! 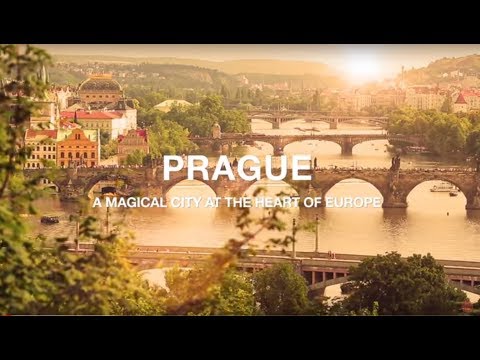 Located in the heart of beautiful Prague, Charles University is one of the oldest universities in the world (founded in 1348) and the top-ranked university in the Czech Republic. Nearly 50,000 students are enrolled in more than 300 accredited degree programmes. Renowned for its commitment to research, Charles University can boast a number of outstanding research teams which are involved in close collaboration with international research institutions. Students can also become involved in the University’s research work at each of the individual faculties.

Outside of the classroom, students can take advantage of the college’s 30+ student associations (including drama and music societies) and participate in several city-wide sports competitions alongside their Czech peers. There’s an annual team marathon, a rowing and an ice hockey competition between the city’s universities, a summer sports program for students with disabilities, and more. For those looking to sit back and relax, check out the Tuesday night film screenings in the Blue Auditorium and get sneak peeks at films before their official release!

Areas of study with fewer than 3 classes available

Areas of study with 3 to 7 classes available

Visit the Charles University course page on their website to view their available courses in a variety of majors. 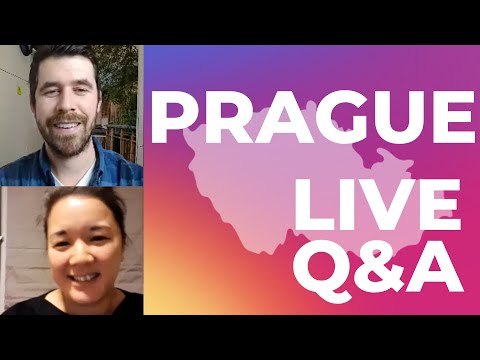 Why Life in Prague

The capital of the Czech Republic, Prague is the seat of the Czech parliament and government. Prague is among the oldest capitals of Europe and enjoys being a cultural and economic leader for the surrounding area. Its medium size of just over one million residents means there’s plenty to explore, but not too much to overwhelm.

Home to historic sites such as Prague Castle and the Charles Bridge, Prague boasts a number of famous cultural attractions. There are more than ten major museums, along with countless theaters, galleries, cinemas, and other historical exhibits. Amazingly, much of the city survived the violence and destruction of twentieth century Europe. Amble among Gothic buildings, stroll along the Vltava River, and pop into the city’s countless restaurants that offer a cozy atmosphere. You will notice several architectural styles that grace the city. Art Noveau, Baroque, Gothic, Renaissance, Roman and 20th-century styles all intermingle to give the city its unique character. With all these great attractions, Prague has become a leading tourist destination as of recently due to growing interest and affordable travel options.

Immerse yourself in the rich artistic history of Prague. Don’t forget that Prague has been home to many musicians, writers, and artists over its long history. Some of the most prominent names are Dvořák, Kafka, Kundera, Mozart, and Smetana.

It may be true that Melbourne, Australia, has the longest tram length in the world. However, Prague’s tram network is the biggest by other measures. It runs more trams (900 against 500 in Melbourne), has more routes (33 against 28) and carries more passengers (356 million against 178 million). You’ll never have trouble with transportation and will always have something to do in Prague. More than that, the whole European continent is just a train ride away!

Students will stay in a Charles University kolej (dormitory) near the Prague Castle, a 10-minute walk to the castle, a 30-minute walk to the main university building, and a twenty-minute tram ride to the historic Old Town. Students live in single or double rooms within a suite of 3-4 rooms that share a bathroom and kitchenette.

Situated in a residential area, the dormitory is within walking distance to restaurants, mini-markets, and a post office. In close proximity to public transportation, students can easily access the university and other locations throughout Prague.

Please note that this dormitory is not located in Prague 1 (Old Town), but rather in the district of Prague 6. Charles University focuses on providing students with as immersive of an experience as possible, and the reality is that most Czech people do not live in Prague 1. Further, neighborhoods outside of Prague 1 tend to be safer for our students to reside during their studies in Prague, which is another benefit to this dormitory’s location. Students should expect to utilize Prague’s public transit network as most Prague inhabitants do, as well as to walk through Prague’s beautiful streets to get to and from their classes.

Each suite is equipped with a refrigerator and hot plate, so you can put your CIS Abroad cooking class skills to the test! Plus the dorm has a community room with living area and full kitchen where you can host your friends for a bigger dinner party.

Upgrade to a Single Room

For an additional cost, enjoy the privacy of a single room in one of the shared suites described above.

Upon arrival in Prague, you’ll take part in a comprehensive on-site orientation. We’ll tour the city, giving you a helpful overview and showing you how to use the public transportation. We have a feeling that once you get a taste of Prague you’ll want to see it all! We’ll also cover all that you need to know to get settled in the city and your accommodations. We’ll cover everything from the “do’s and don’ts” of living in Prague, how to stay safe, top eateries, and where to shop for a variety of items that you will want and need during your stay. After an insightful tour of the city, we’ll  settle down to enjoy a welcome dinner together.

After your time living the “Bohemian” life, returning home and re-entering your home culture can be shocking to the system. Many of you will have embraced the Czech way of life and as a result, you will have reexamined your values, priorities and what you think of yourself and the United States. This is good! While it might feel daunting, we are here to help you understand the signs of reverse culture shock and provide some tips and guidance for coping with re-entry.

Take a scenic, three-hour dinner or lunch cruise on the Vltava River, where you can view Prague’s most famous landmarks from the comfort of this popular tourist activity and local mode of transportation.

Pilsen and the Pilsner Brewery

The Pilsen Historic District is forever associated with a centuries-old tradition of beer brewing, a beverage the Czechs call their “liquid bread.” This day trip to the birthplace of Czech Republic’s most famous export will also include a short detour to the Ruckl Crystal Factory, where you’ll see artisans at work and have a chance to buy crystal directly from the factory at a discounted price.

Český Krumlov is a town bistected by the Vltava River known for its Renaissance architecture, preserved castle, maze-like alleyways, and floral gardens. The town is a UNESCO World Heritage Site.

Leah Takata was born in Toronto, Canada and graduated from the University of Toronto with a BA in Arts Management with a major in Art History. She worked for seven years at the University of Toronto as Cultural Affairs Coordinator organizing arts and cultural events for the students, faculty, staff and surrounding community. During her time at the university she produced and organized four international theatre exchanges with Ypsilonka Theatre and the Academy of Performing Arts in Prague (DAMU) in Prague. This unique project brought together theatre students from Canada, Czech Republic and professional actors from First Nations theatre group “De-ba-jeh-mu-jig Theatre Group” (Manitoulin Island). Leah is excited to once again work with university students and impart the beauty and spirit of, “The city of a hundred spires.” Leah has lived in Prague since 2007 and spends her free time with her two children, partner, as well as her growing photography and graphic design business.

Be patient with yourself and kind to those you meet along the way. Show gratitude daily, laugh often, and give thanks for the journey you are on. There will be hard days, but remember, the magic is in the journey and each day makes that journey complete. Smile!