CISABROAD BLOG · March 22, 2019 · 3 Min Read
“Did you make that up just now?” | Language Misunderstandings in Australia My name’s Garrett Watson, and I’m interning in Sydney, Australia. I’m originally from South Carolina and pursuing a degree in Biology with a Pre-Med focus at the University of Alabama. My internship here in Australia is with a company that specializes in custom sleep apnea masks. I’ve wanted to travel to Australia for as long as I can remember and am stoked to be living out my dream.

I knew that leaving the US and traveling to Sydney, Australia would introduce me to some new words. But what I didn’t realize was truly how different the everyday language can get, even though everyone is still technically speaking English. Here’s a round-up of some of the funniest language misunderstandings in Australia that my friends and I experienced.

Swag: An attitude or a piece of camping equipment?

Just this week I said something about “swag” to my boss, meaning “swagger”, and he thought I was going camping (a “swag” is a one-man tent in Australia). 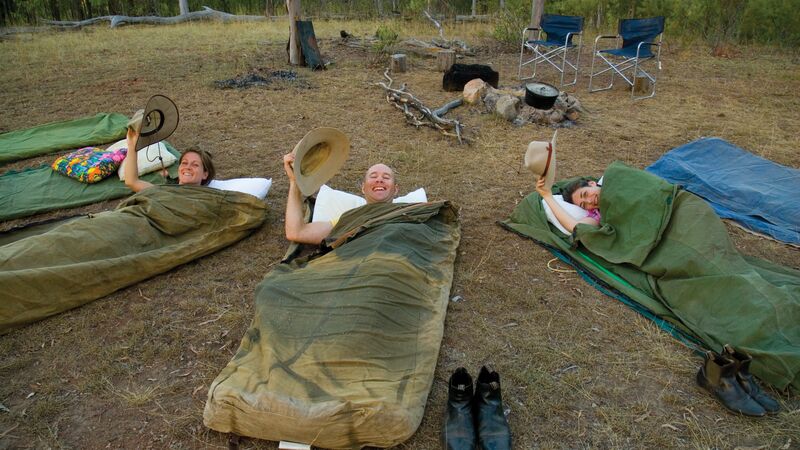 The perils of parking

I suggested backing into a parking spot to a coworker.  Until another coworker said “reverse park” I might as well have been speaking Martian.

Where I draw the line

Little moments like that have popped up throughout my twelve weeks, and for the most part, I’ve picked up the new words as needed. I know to ask for “tomato sauce” for my “chips” when I want ketchup on my fries. I refuse, however, to call the trash cans “bins”…

The funniest occurrence of this language discrepancy came in the first week of my internship. The other American interns and I were sitting at a dumpling bar in Sydney for a quick bite to eat. Luckily for us, each of the food choices had pictures of the meal next to the listing (because we had never heard of some of the options). To order we just looked at the pictures and referred back to the names for the waiter’s sake.

Until we got to my roommate.

He promptly folded up the menu and declared “I’ll have the Crab Rangoon.” For those that don’t know, Crab Rangoon is a fairly popular and well-known item in American Chinese restaurants. But that’s just it – it’s an American term. On the menu were “Crabmeat and Cream Cheese Fried Wontons.” But nowhere on that menu were the words “Crab Rangoon.” Which explained the look of complete befuddlement on the waiter’s face.

A good five to ten seconds of silence. Then:

“Crab Rangoon…?” my roommate replied as he picked the menu back up to look for it.

And then the kicker:

“Did you make that up just now? What the hell is crab rangoon?” At this point the rest of us are wiping away tears, my poor roommate is defiantly scorching the menu for the “crab rangoon” picture, and the waiter is shaking his head. Eventually, the waiter had a change of heart I guess and decided that he liked the term “crab rangoon”, as he told my roommate so, and that he was clever for thinking of it.

Not to be outdone, my roommate told the guy that he did not, in fact, make it up, that it was a common menu item in the States. The waiter left disappointed, we needed tissues, and my roommate eventually got his “crab rangoon.” Needless to say, when we went out for dinner anytime afterwards he paid a little more attention to the menu.